In 1998, Phil Hall pulled out an A4 pad of paper and settled down to write stories for his children. They loved cars, inspiring Hall to write a series of moral-rich adventures about a family of helpful, caring and charitable motors.

Then, like something from a movie, he put them away in the attic to collect dust…for almost twenty years!

It was only when recently turning the attic inside out to find something that he rediscovered his hand- written manuscripts, and decided it was time to release them to the world. And, so, the ‘Driver Jones Adventures’ series was born. ‘Tilley Saves the Day’ and ‘Freddie’s Rainy Day’ are already on the market and, by all accounts, selling at full throttle. 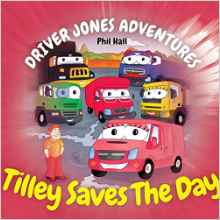 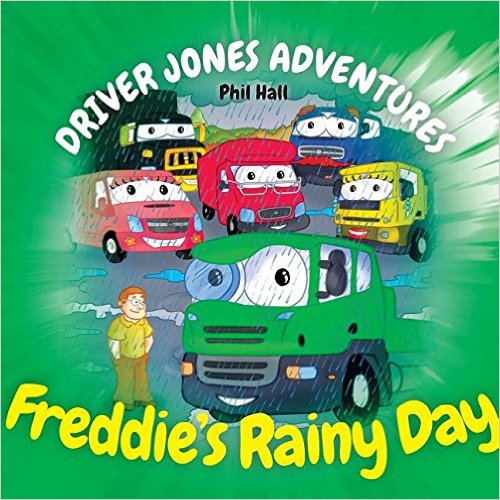 ‘Tilley Saves the Day’ – Driver Jones and his family of trucks to the rescue. It’s supposed to be the trucks’ day off, but Tilley the bright pink transit van steps in to help out Farmer Fry when the local hotel runs out of milk. Readers of all ages will enjoy the colourful illustrations and cheeky characters.

‘Freddie’s Rainy Day’ – Big, shiny and green, Freddie Flatback can carry just about anything. Which is just as well when a digger and dumper truck need delivering to a local building site. But what starts off as a straightforward delivery turns into an adventure as the heavy rain causes all sorts of problems in this beautifully illustrated story.

“I literally forgot the stories even existed!” admits Hall. “When I rediscovered them, and with my children grown up, I didn’t want to let them slip away. With some encouragement from my family, I saw their potential and decided it was time to put them on general release.”

Continuing, “The books are extremely bold and vibrant. The imagery pops out that, alongside the engrossing storylines, will appeal to children of all ages (and adults, too!). It’s all about firing up the boundless imagination of young readers and helping them explore the world around them. What better way to do it than through a cast of rambunctious vehicles! The good news is that there’s plenty more adventures to come.”

Both volumes in the ‘Driver Jones Adventures’ series are available now on Amazon: